How can you know which seeds to plant in drought-prone areas, BEFORE the crop fails? Or in humans, how do you identify which individuals need to lower their sugar intake to prevent diabetes, in time to actually prevent disease progression? Is there a way to figure out which drugs will work best for a person, other than trial and error? This is where genetic markers provide critical clues to the uniqueness of the individual.

Many genetic characteristics tend to be inherited together because their genes are physically close together on the same chromosomes. This is called gene linkage. A genetic marker is an easily identified characteristic that’s linked to a characteristic you want to know more about.

The gene for ABO blood type is located on the q leg of chromosome number 9, around band 34. So the address for your blood type gene is 9q34. Most studies that record differences in a disease, hormones, or neurotransmitters according to blood type, show a continuum, with Type A at one end and Type O at the other, with B and AB falling in the middle.

In 1984, researchers reporting in the journal Genetic Epidemiology presented evidence of a family pedigree in which a major gene for breast cancer susceptibility was located near band q34 on chromosome 9. There is a clear genetic connection between blood type and breast cancer. Blood Type A women have a generalized tendency to worse outcomes and a more rapid progression with this cancer. Blood Type Os have a slight degree of resistance against breast cancer, and even among patients, Blood Type Os showed a significantly lower risk of death.

The gene for the enzyme dopamine beta hydroxylase (DBH), which converts dopamine to noradrenaline, is literally sitting right on top of the gene for blood type. Blood Type Os are able to turn the levels of DBH up and down, rather than having more consistent levels. Too much dopamine can cause schizophrenia, while low dopamine is associated with hyperactivity, inability to focus, and a more emotional reaction to problems. Mania is associated with high levels of DBH, and depression with low levels. Since Blood Type Os experience more variation in DBH levels, they’re also more prone to bipolar disorder.

Blood Type As have a higher base level of cortisol in their blood all the time, and produce more adrenaline in response to stress than other types. But they also possess the greatest ability to break down and eliminate the hormone. High cortisol is often a factor in physical diseases such as cancer, hypertension, heart disease, and stroke. It’s also linked to mental disorders, senility, and Alzheimer’s disease. Type As have a higher risk of Obsessive-Compulsive Disorder.

Blood Type Os tend to secrete higher levels of adrenaline and noradrenaline, but are much slower breaking it down. This is due to Blood Type Os having the lowest levels of monoamine oxidase, or MAO, an enzyme that breaks down those hormones. As a result, MAO inhibitors don’t tend to work as well on Blood Type O individuals.

Your blood type profile includes about 300 sub-types. Rh factor, MN blood group, and secretor status can also affect your health risks. A1 and A2 sub-types apply to those with A and AB blood. These sub-types can also affect disease susceptibility, even though the genes for them are found far from the ABO blood type gene.

Blood type is the key to how we should eat as well as the key to how we should live. This is a provocative statement that has gained validity with the rapid progress of genetic research and the study of blood type’s cellular influence in every area of human physiology. Your blood type has everything to do with how you digest food, your ability to respond to stress, your mental state, the efficiency of your metabolism, and the strength of your immune system. It is, indeed, the critical starting point in crafting a personalized nutrition and lifestyle program that is right for your individual needs. 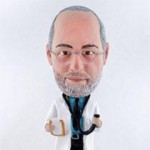 Dr. Peter D'Adamo is a naturopathic physician, author, researcher-educator and software developer. He is considered a world expert on glycobiology, principally the ABO blood groups and the secretor (FUT2) polymorphisms. He is the author of the international best-seller, Eat Right 4 Your Type and the Blood Type Diet series of books, and he is currently a Distinguished Professor of Clinical Sciences at the University of Bridgeport, Connecticut.